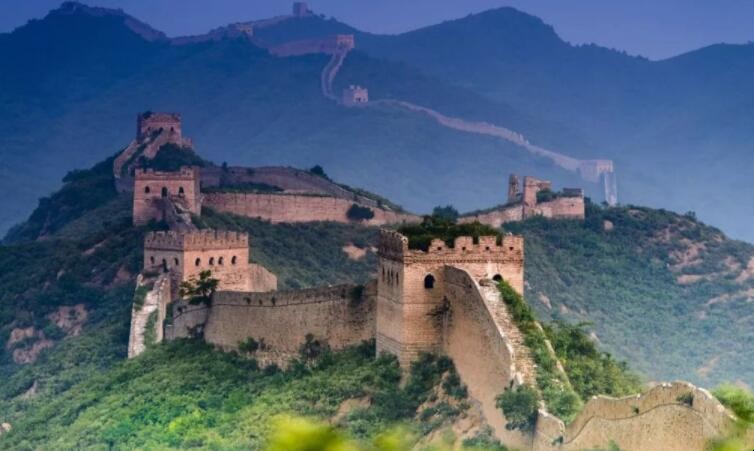 2. Forbidden City in Beijing: the Forbidden City in Beijing is the imperial palace of the Ming and Qing Dynasties in China, formerly known as the Forbidden City. It is located in the center of the central axis of Beijing. It is one of the largest and best preserved ancient wooden structures in the world. The buildings in the Forbidden City are divided into two parts: the outer court and the inner court. The center of the outer court is Taihe hall, Zhonghe hall and Baohe hall, collectively referred to as the three halls. It is the place where the state holds great ceremonies. The center of the inner court is Qianqing palace, Jiaotai palace and Kunning palace, collectively referred to as the latter three palaces. It is the main palace where the emperor and queen live. It was listed as a world cultural heritage in 1987.

3. Chengde summer resort: Chengde summer resort, also known as "Chengde Palace" or "Rehe Palace", is located in the north of Chengde City Center, Hebei Province. It is a place for the emperor of the Qing Dynasty to spend summer and deal with government affairs in summer. The summer resort was built in 1703 and took 89 years to complete in the three dynasties of Kangxi, Yongzheng and Qianlong of the Qing Dynasty. Summer resort is the largest ancient imperial palace in China. The summer resort is divided into four parts: palace area, Lake area, plain area and mountain area. The whole villa has water in the southeast and mountains in the northwest. It is a masterpiece of Chinese classical garden art. It was listed in the world heritage list in December 1994.

4. Huangshan, Anhui: Huangshan is located in the beautiful mountainous area of Southern Anhui in the northwest of Huangshan City, Anhui Province. There are strange peaks, exquisite rocks, changeable sea of clouds and strange pines. Huangshan was included in the "World Heritage (culture and nature)" list in 1990. Huangshan Huangshan's representative landscapes include "four wonders and three waterfalls", four wonders: strange pines, strange rocks, sea of clouds and hot springs; Three waterfalls: herringbone waterfall, Baizhang spring and Jiulong waterfall. Huangshan welcoming pine is a symbol of the enthusiasm and friendship of Anhui people and carries the Oriental etiquette culture of embracing the world.

5. Hangzhou West Lake: West Lake, located in the west of Hangzhou, Zhejiang Province, is one of the few Lake Cultural Heritages in the world heritage list and the only Lake Cultural Heritage in China. The lake is separated by Gushan, Baidi, SUDI and Yanggong dike. According to the area, it is divided into five water surfaces: waixi lake, Xili Lake, Beili lake, Xiaonan lake and Yuehu Lake, forming a basic pattern of "one mountain, two towers, three islands, three dikes and five lakes". The scenery here is very beautiful. It is a good place for leisure and vacation.