Guangdong is an important heritage of Lingnan culture. It has a unique style in language, customs, living habits, history and culture. Guangdong is also one of the provinces with a large population in China. So what are the good places to drive in Guangdong? 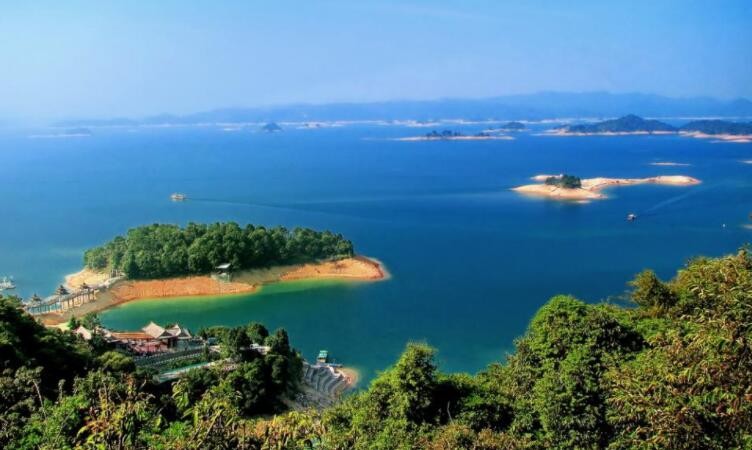 1. Jiuzhaigou in Lingnan: because it is still an undeveloped virgin land, it retains the primitive forest style within a hundred miles. More than a dozen peaks with an altitude of more than 1000 meters are scattered among it, such as jiangjundong, Jigong Mountain, Wuzhi Mountain, Xiaotianlong shape, Huangchao military point and so on. Huangshikeng River Valley, with a total length of 17 kilometers, is named because there are a large number of high-quality yellow pyrophyllite along the river. The valley is covered with thorns and ancient vines. Although the road here is difficult to walk, the scenery is first-class. Dark green, light green, light green, yellow green, dark green... The green everywhere is full of the charm of the mountains, making it known as "Lingnan Jiuzhaigou".

2. Deep in Wanlv Lake: it is a water source protection area. There is no industry in the local area, and many people leave due to lack of sufficient living resources, making it like a paradise. Canyon, stream, mountain forest, wild flowers... The beauty given by nature seems to be born in the eyes of local people. Hiking and camping are the main purposes of outdoor tourists. There is a canyon on the Bank of Wanlv lake, called Sanli Changxia, also known as Shixia by locals. It extends from Xichang Yangmei village to Xichang Weizhen, with a total length of 10 kilometers. Jungle, cliff, deep pool, stream, stone snail and wild flowers form a secret place.

3. Du Bu Landscape Gallery: there are many unknown scenic spots in Yangshan: Shuikou lianjiang Gallery in xiubi Guilin, the first peak in Guangdong at 1902 meters high, Xianling mountain in Han Yu... Shuikou lianjiang gallery is a section of water where lianjiang passes more than 10 kilometers down Yangshan County and reaches Shuikou Town. Due to the beautiful scenery, Guan Shanyue, a famous calligrapher and painter, called it "Shuikou little Guilin". The peaks on both sides of the Strait fluctuate, and the peaks are surrounded by green countryside and ancient folk houses, forming a splash painting.

4. Forest Park: Huoshan mountain, located in Longchuan, the source of the river, is one of the seven famous mountains in Guangdong like Danxia Mountain in Shaoguan. It also has Danxia landform, but its popularity is far lower than Danxia Mountain. It is a national AAA scenic spot and Guangdong Forest Park. People who have been there say that walking Huoshan has a sense of adventure. Due to the scarcity of tourists, only the sound of birds can be heard in the quiet mountains. The stone steps are built along the mountain. The road is narrow and the slope is steep. It takes courage and physical strength to go up all the way.

5. Alpine Grassland: Yingde tianmengou, 200 kilometers away from Guangzhou, is an undeveloped scenic spot. There are countless waterfalls, tree houses not found elsewhere, and alpine grassland rarely seen in Guangdong. The area 1100 meters above sea level is the alpine grassland. It has a nice name, called "bainiaotang camp". Although the grassland composed of many small hills is not a prairie in the real sense, it also has a fresh artistic conception: the green grass hills are undulating and cannot be seen at a glance; Colorful wild flowers are dotted in every corner, showing infinite vitality everywhere. The temperature on the grassland is 6 degrees lower than that at the foot of the mountain. If you camp on the mountain, you can see the gorgeous landscape of sunrise and sunset.

6. Pearl Bay: compared with Zhapo, Dongping, which is also located in Yangjiang River, is far behind in the number of tourists, but "losers don't lose array". Pearl Bay, on the west side of Dongping fishing port, has a 2.8km long beach surrounded by miles of verdant ephedra forest. Because the terrain in the bay is flat and there are no reefs, it has become a good place to tread the waves and pick up shellfish. Wild donkeys who like camping even regard it as a secret stronghold.